Drewlo | In the community & the news! 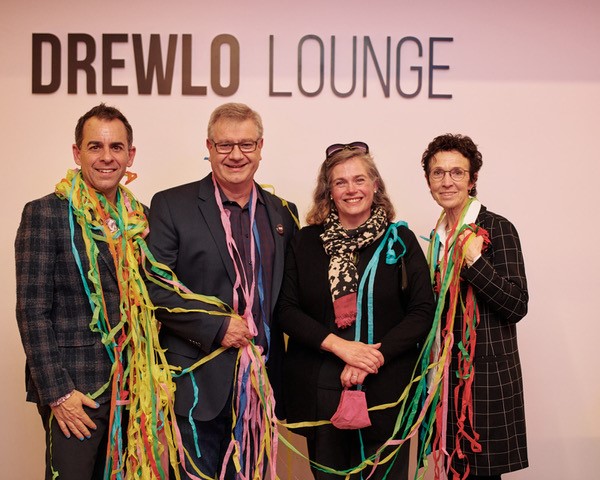 We had the pleasure of attending the launch of the newly renovated Grand Theatre in London, ON. While there, we were also able to be a part of the announcement and launch for the Drewlo Lounge in the Grand Theatre.

The Drewlo Lounge has been a long time coming as the former Poster Lounge was slated for renovations in April of 2020 but was held up due to the onset of the pandemic. Renovations officially began in late summer of last year and involved an extension of the bar, a newly built catering room, completley redesigned All Gendered washrooms, and the addition of a small stage which can be used for musical performances, pre and post show discussions, and lots of other special events.

While the primary use of the Drewlo lounge is to be a gathering place and lobby for pre-show and intermissions, the lounge will also be used for private events, dinners, receptions, wine tastings, small concerts, and much more.

With the ability to accommodate 125 persons for stand up reception or 80 for sit-down dinner, the Drewlo Lounge will soon become the best seat in the house at the Grand Theatre.